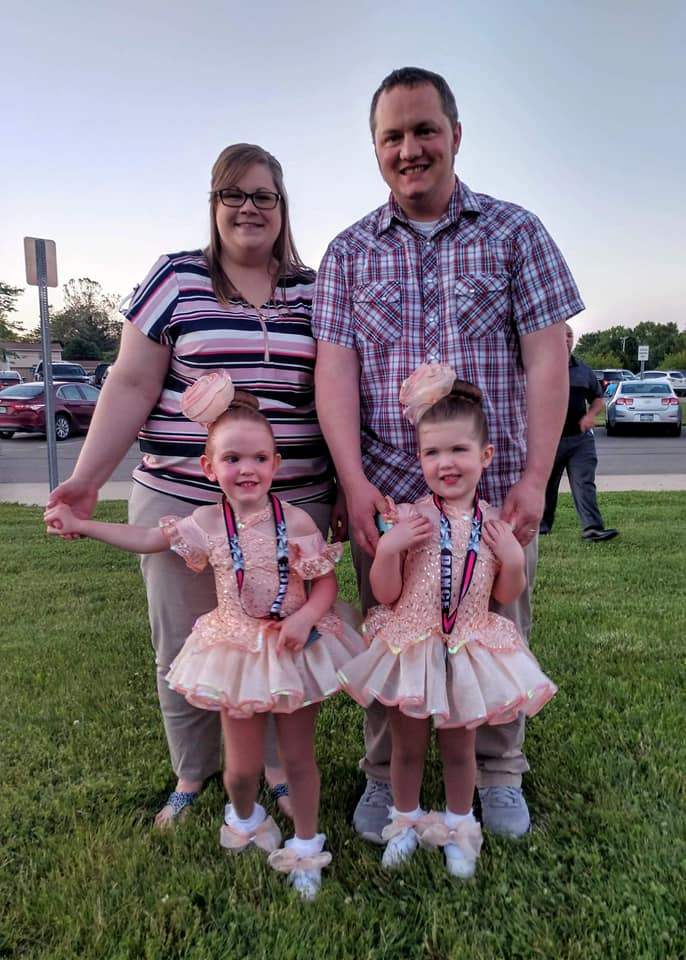 Body:
As a social worker, Debbie Tyler always had a professional understanding of the importance of early intervention in helping children overcome developmental challenges. Then in January 2016, she gained a personal appreciation for the services and supports offered to babies and young children with developmental delays or disabilities. That’s when she and husband Shayne agreed to serve as foster parents to two sisters – Jasmine, then 15 months, and 2-month-old Kariana – who had been removed from their biological mother’s home because of neglect. Today, Debbie proudly relates that – largely thanks to no-cost early intervention services administered by the Michigan Department of Education – Jasmine and Kariana are thriving. They also are now a permanent part of the Tyler family, Debbie and Shayne having adopted them in April 2017. “They’re both doing great,” said Debbie, who credits the Build Up Michigan Early Childhood Special Education services Jasmine received through the Clinton County Regional Educational Service Agency with helping get her daughter ready to attend kindergarten. That’s the exact goal of Build Up, which encompasses the variety of preschool special education programs and related services available to 3- to 5-year-olds in their local school district or their area’s intermediate school district. Children who participate in Build Up activities also have often received early intervention through sister program Early On® Michigan, which provides home-based services to 0- to 3-year-olds. That was the case with both Jasmine and Kariana, whom the Tylers knew would require early intervention when they took them into their home in rural St. Johns shortly after signing up to serve as foster parents. “They had each experienced some neglect,” Debbie said. “We were told they were showing signs of some developmental delays. I knew that they would require some intervention services, but I’m not a physical therapist and didn’t know exactly what to do for them.” Enter Early On. Early intervention shapes young minds Because Kariana was so young, the effects of the neglect were less severe for her than for Jasmine. “Basically, Kariana just needed to catch up a bit,” Debbie said. She exhibited “startle response” and would stiffen in reaction to noises or sudden movements. After Early On specialists worked with the family on calming techniques, “she caught up very quickly” and had no need for Build Up special education preschool services, Debbie said. Jasmine also started to show immediate improvement from physical, occupational and speech therapy that she received through Early On, Early Head Start and Sparrow Hospital. But she had further to go than her sister after experiencing little interaction or stimulation from adults for nearly a year and a half. As a result, for example, she had low muscle tone and was unable to pull herself up to stand. Once she turned 3, she began attending a Build Up special education preschool class. “At the end of that first year, she had made so much progress,” Debbie said – so much, in fact, that she was placed in a general education preschool classroom for the 2018-19 school year. She no longer requires occupational therapy, although she occasionally receives physical therapy and has weekly speech therapy sessions. “But it’s likely that eventually she won’t even need those in the near future,” Debbie said. While certainly thankful for it, none of the girls’ developmental progress came as surprise to Debbie. “As a social worker, I have a lot of experience dealing with young kids who have experienced neglect or abuse,” she said. “Having early intervention services helps kids learn new ways to cope. A lot of kids are able to overcome that developmental delay.” She also knew she and Shayne would eventually become adoptive parents – although she didn’t necessarily expect it would be with the first foster children they took into their home. “I didn’t think it would happen so quickly. But we bonded and fell in love with them. It just felt right. I couldn’t imagine them going anywhere else.”